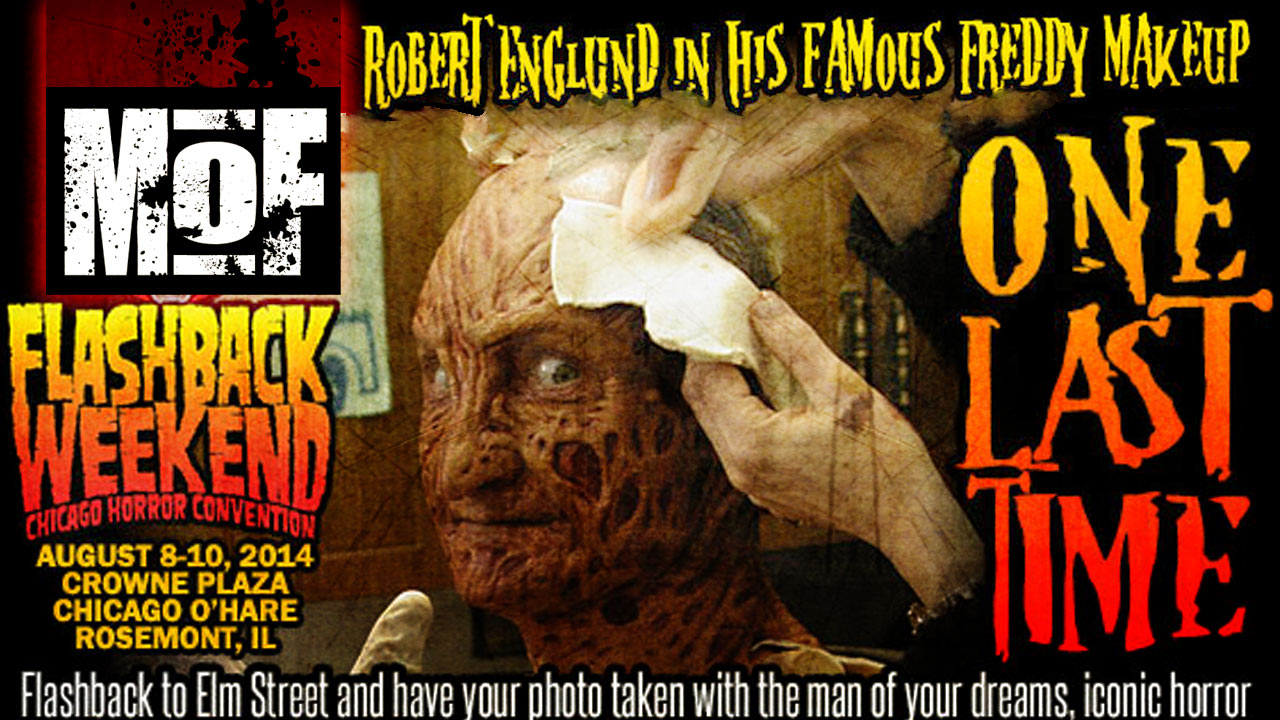 Flashback to Elm Street and have your photo taken with the man of your dreams, iconic horror actor Robert Englund in the make-up of his famous character, Freddy Krueger, one final time.

Flashback Weekend is proud to present this historic event to celebrate the 30th anniversary of Wes Craven’s classic “A NIGHTMARE ON ELM STREET” and to support the Midway Drive-In Digital Projector fund.