#Haunt #Vendor RT from @RAMaterials : Oregon Museum of Science and Industry reached out to our Los Angeles branch for... https://t.co/svScmzDLLH #engineering #moldmaking

#Haunt #Vendor RT from @VFXCreates : Check out this t-shirt Doug designed for this years West Coast Haunters Convention! VFX will be there April 29 -... https://t.co/xblpmsUVhP 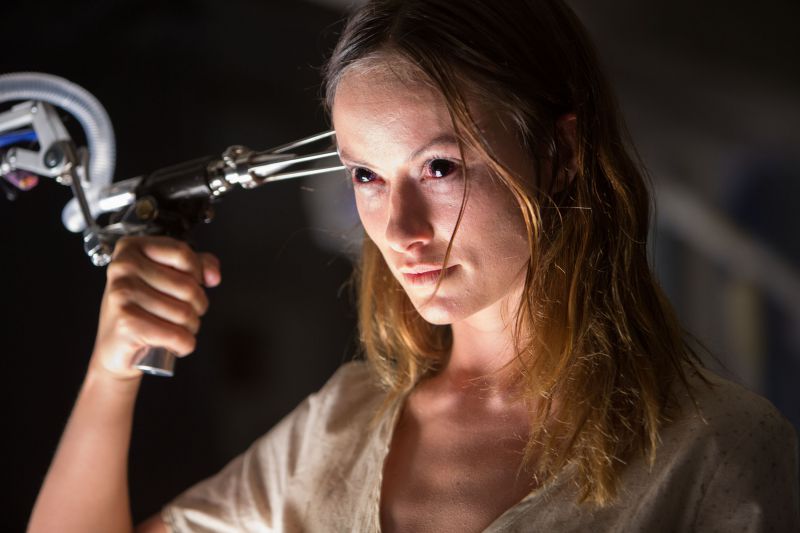 Just yesterday, the first photo from the upcoming medical-students-play-with-the-dead film

The Lazarus Effect arrived. Today, its trailer debuts and reveals a resurrected Olivia Wilde has more than just rough eyes.

Though featuring a Flatliners-like setup, The Lazarus Effect isn’t just visions of a dark past, it seems. Here, Mark Duplass, Donald Glover, Evan Peters and Wilde essay a group of students experimenting with dead tissue and the ability to resurrect it. An unfortunate accident leads Wilde’s character to be the first human tested, and upon her return, a hellish fury comes with her.

There’s plenty of demonic anguish, supernatural phenomena and stings in this first preview, but it seems undeniable the most evocative image is that of a newly resurrected Wilde sitting up, still shrouded in a sheet. Hopefully director David Gelb (Jiro Dreams of Sushi) delivers much more on that front.

[#HorrorTrailer] What We Do in the Shadows

WATCH THE TRAILER FOR THE NEW DUBSTEP HORROR MOVIE, ENTER THE DANGEROUS MIND