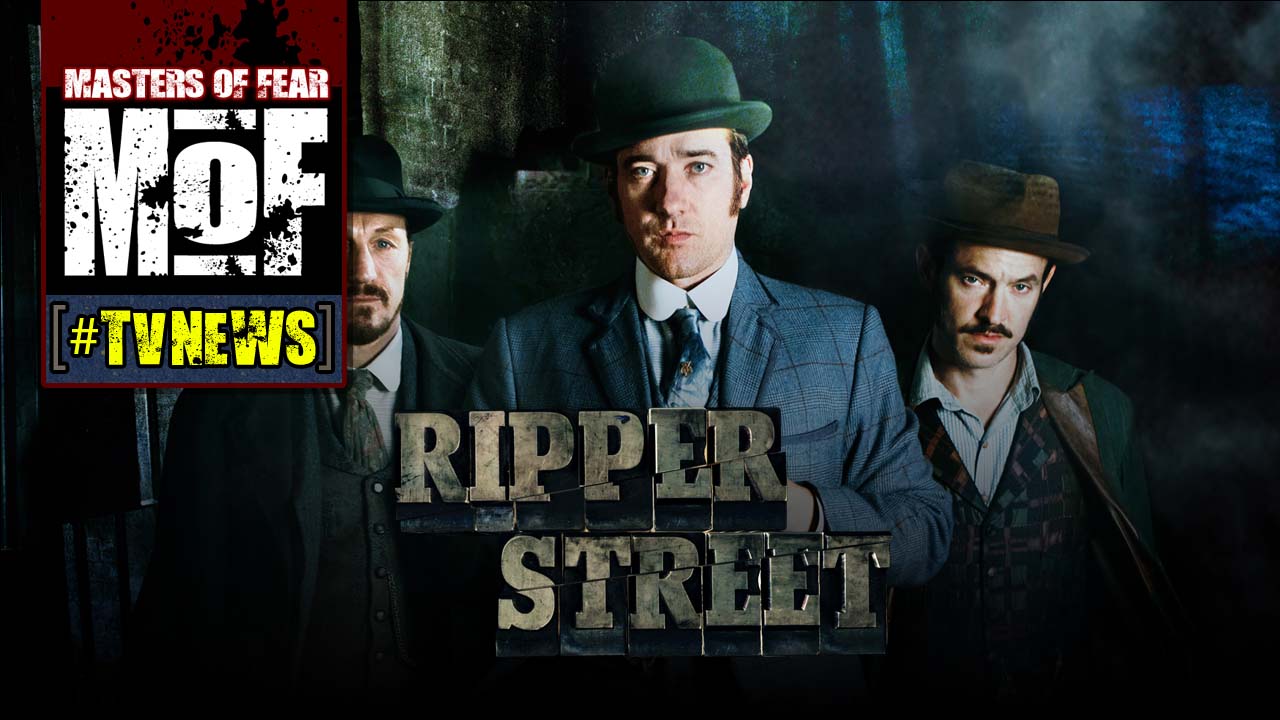 In this week’s Ripper Street, Inspector Reid remains out of commission from his multiple gunshot wounds, while the Chief Inspector, Drake and Jackson track down a group of murdering thugs. Drake and Jackson initially don’t know how to process the possible death of their friend and take to sulking. In a rare burst of energy, the Chief Inspector cracks the whip and even goes out sleuthing with them. Even though I prefer Reid, it was kind of a fun little trio – especially with the Chief constantly busting Jackson’s chops.

It was interesting that both Drake and Reid leaned heavily on their female companions. Drake wants Rose to call things off with her fiancé, but she keeps putting it off. This looks bad for the future of Rose and Drake. She’s clearly hedging her bets. Just like Rose of old, she appears to prefer the wealth and security that her fiancé has to offer. Even though she loves Drake, I can’t see her forsaking material comfort for him. After last week’s rendezvous in the alley, Jackson appears to be moving on from Susan. It’s a much healthier decision to focus his attentions on Mimi.

Aside from the personal drama, there’s actual work to be done. After a couple bodies are dumped, the Whitechapel crew has to figure out who and what is killing the men. It’s discovered that the source of the problem is a group of young men working for a local brewery as coopers (barrel makers). The men work for the Black Eagle brewery, which was an actual brewery in the 1800s in London that also began having problems when competitors from outside of London started moving into the market. As Jackson alludes to in his autopsy of one of the victims, the type of water used for brewing the beer influenced the beer’s taste. Given that Whitechapel is a working poor neighborhood, it’s interesting when we get a look at some of the historical conflicts. I liked the brother’s message at the end that everything passes away…even a brewery.

Interwoven in the beer drama is a classic tale of consumption snuffing out young love. It feels predictable, but I think consumption was so pervasive that it probably was commonplace for people to suddenly get sick and die. It’s a sad scene with the Chief and Drake are interrogating one of the guys and he goes into a coughing fit. Jackson is the only one with any real empathy, and that probably comes with him being a doctor. This is what makes Jackson such an interesting character. One minute he’s a drunk sleeping next to a pig carcass and the next he’s baring his soul to a stranger in order to save a man’s life. I like that even after everything, he’s willing to put up with all the jabs thrown at him in order to stay in Whitechapel and help people.

Meanwhile, Reid is unconscious, but having dreams of all the terrible things he’s done over. Susan lurks over him like some sort of malevolent spirit. If she was willing to shoot Reid, I don’t understand why she doesn’t try to finish him off. Slip him some laudanum and it’s night night for good. It seems inevitable that Reid will put it together one day that she’s the one who shot him.